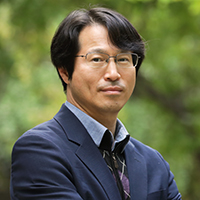 Korea and Japan on Dec. 24, 2019, held a bilateral summit in Chengdu in China's Sichuan Province, their first in one year and three months.

Although both sides showed differences on issues such as Korean victims of forced labor and the easing of Japan's economic restrictions on Korea, high-profile officials from the two countries emphasized the positive meaning of the meeting itself. As such, the summit is significant as the first step toward resolving lingering issues through dialogue amid deteriorating bilateral relations.

Improving Korea-Japan relations through a single summit is not easy because they involve so many structural and complicated issues. Yet a closer look at the summit is needed as the talks presented important implications that could predict bilateral ties in 2020.

First, this summit holds meaning as both countries agreed on the need to jointly manage their relations to prevent further deterioration. Expectations rose over a potential bilateral summit toward the end of last year after Prime Minister Lee Nak-yon in mid-October proposed ways to improve ties in talks with Japanese Prime Minister Shinzo Abe. At the time, Lee was in Japan to attend the enthronement ceremony for new Japanese Emperor Naruhito.

Both the Korean and the Japanese governments took action toward crisis management when Seoul on Nov. 22 announced a conditional suspension of its planned withdrawal from the General Security of Military Information Agreement (GSOMIA) with Japan. At the same time that day, the Japanese Ministry of Economy, Trade and Industry announced that the respective ministries of both countries agreed to resume working-level talks on Japan's trade restrictions on Korea.

As such, the director-level meeting on Dec. 16 covered the restrictions from the Korean and Japanese trade ministries. On Dec. 20, four days before the bilateral summit, Tokyo eased its previous restrictions imposed on selected export items to Korea. Also, the Chengdu summit can be considered the outcome of the joint effort made by authorities of both countries as part of crisis management. So the talks helped the leaders of both nations restore trust, albeit to the smallest degree, and could be considered the biggest outcome of the event.

Second, the leaders of Korea and Japan stuck to their principles considering public opinion in their respective countries and were interested in different issues. This served as a limitation to the fundamental resolution of the issue. President Moon Jae-in told Prime Minister Abe that the export restrictions Japan imposed on Korea "must go back to what they were before July 1 (last year)," asking for "(the Japanese leader's special) interest and determination." But Prime Minister Abe responded by blaming the Korean Supreme Court verdict in favor of the forced labor victims as "the basic reason for deteriorating Korea-Japan relations," adding, "Korea should take responsibility for the issue and come up with the solution."

Korea considers as the main reason behind worsening bilateral relations Japan's decision to link trade issues to historical issues through imposing the restrictions. Japan, however, claims that the ruling by Korea's top court in October 2018 in favor of the forced labor victims is why ties have deteriorated. Despite these differences, both countries agreed to resolve their conflict through dialogue, not through the International Court of Justice or a petition with the World Trade Organization. This provides the basic foundation for both sides in 2020 to continue working-level negotiations in related sectors.

Prime Minister Abe once said, "Tokyo will make no concession to Seoul, not by 1 millimeter," and "I will not attend summit talks until I receive a satisfactory answer from Korea on the issue of forced labor victims." So what persuaded him to attend the Korea-Japan summit late last year?

First, the Abe administration is suffering from falling approval ratings, especially compared to those of July last year, when Japan held elections for the House of Councilors. The main reason behind the fall in popularity is the "cherry blossom scandal." The administration's approval rating plunged from 50% in August last year to 38% in late October the same year, according to an Asahi Shimbun report in December last year. The cherry blossom party is an annual event the prime minister hosts at his residence every April; the invitees are those deemed to have contributed to society. Since Prime Minister Abe took office, the number of guests has increased to more than 10,000, most of whom are from the Shimonoseki region of Yamaguchi Prefecture, where his constituency is. Among the invitees last year were gangsters and a representative from a bankrupt multilevel marketing company. The bigger problem with the event, however, was the high likelihood that taxpayer money was used for individual election campaigns, a violation of laws on elections and the management of election funds. Moreover, the event's organizer intentionally destroyed the list of invitees without proper explanation, apparently to hide the truth. As a result, public opinion of the Abe administration worsened, with the Japanese people get fed up with extreme uncertainty and fatigue over its prolonged rule.

Second, the casino scandal that arose around the same time as the cherry blossom party reached as high as the administration itself. Despite strong objections from Japan's main opposition party and the Japanese public in 2017, the Abe administration passed a bill on the promotion of integrated casino resorts. Tokyo prosecutors on Dec. 25 arrested Tsukasa Akimoto, a member of the House of Representatives of the ruling Liberal Democratic Party and a former minister of land, infrastructure, transport and tourism, on suspicion of accepting bribes from a Chinese online sports lottery provider. The shock arrest of an incumbent lawmaker was the first by Japanese prosecutors in ten years. But the effect of his arrest could escalate given the high possibility of a bigger scandal over illegal political funds implicating the Abe administration and the ruling party. This is because key members of the administration and the party such as core figures Toshihiro Nikai, the party's secretary-general, and Yoshihide Suga, former minister of internal affairs and communications, strongly pushed for the bill's passage.

Third, the plummeting number of Korean tourists to Japan has greatly hurt the economies of Japanese rural areas amid the Korean boycott of Japanese products since the export restrictions took effect. In November last year, the Japanese government announced that the number of Korean tourists who visited Japan in the previous month fell 65.5% for the fourth straight month of decrease since the trade restrictions were implemented in July the same year. The continued decline in the number of Korean sightseers to Japan inflicted a big economic blow to Japan's provincial regions like Okinawa, Kyushu, Shimane and Hokkaido. In contrast to the explanation of Japanese authorities that the decrease was a short-term trend that would end, the situation has grown prolonged with no sign of improvement in sight, making the governments of the affected regions even more worried. Small and medium-size companies in Japan are also explicitly complaining about their government, blaming Tokyo's hard-line stance on Seoul as further worsening their problems.

The Japanese government's hike of the consumption tax and failure to properly act in the aftermath of Typhoon Hagibis last summer have both worsened the economic conditions of Japan's local governments and small and medium-size companies. If the Abe administration dissolves the House of Representatives in this year's first half and holds general elections, the approval ratings of both the administration and the ruling party are clearly expected to decline in provincial areas. A series of corruption scandals and the widened trade deficit caused by trade friction between the U.S. and China have also forced Prime Minister Abe into a situation of having no choice but to hold a bilateral summit with Korea.

2020 will see the Abe administration try to prevent relations with Korea from worsening to ensure a successful hosting of the Tokyo Summer Olympics and the attraction of more Korean tourists. Still, Tokyo cannot expect better relations with Seoul while leaving out the issue of forced labor victims because the Abe administration needs to win the general elections to continue its rule ahead of the Olympics in July. The administration, however, will not immediately reverse its removal of Korea from Japan's whitelist of preferential trade partners because Tokyo has linked the Korean Supreme Court ruling on forced labor victims to economic sanctions on Korea. Instead, Japan is highly likely to announce a partial easing of export restrictions on certain items and to aggressively urge Seoul to seek a breakthrough in resolving the issue of forced labor victims.

In 2020, Korea and Japan will show more mutual cooperation in crisis management than in the prior year, but bilateral relations will probably remain in a transitional period as quickly restoring them to their state before July last year will be difficult. Considering this outlook, Korea should stick to its principles on policy toward Japan and consider in detail fluctuations in Japanese politics, including the prospect of a post-Abe Japan, while pursuing dialogue through various channels.

Lee is a professor of international social studies at Keisen University in Tokyo.