Life after death – The beguiling world of the Korean jesa ceremony 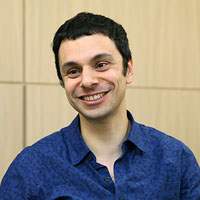 The most revealing thing about jesa is that there really is no simple way to explain what this Korean word means in English. Simply put, the word refers to a death anniversary, a traditional Korean memorial ceremony held annually on the death day of a close relative.

But this overly concise explanation does not begin to explain the deep-rooted meanings manifest in the jesa ceremony, a rite whose performance predates all forms of organized religion in Korea.

In most monotheistic cultures, death anniversaries offer little more than the chance for some private reflection. In Korea, they involve not only large family gatherings, but also considerable amounts of food and drink.

These refreshments are used for ritual purposes, although many people believe that consuming jesa food and drink after the ceremony has been concluded bestows diners with exceptional fortitude.

To the uninitiated, jesa ceremonies look like a lot of bowing, faffing around with food and (eventually) eating. But as is the case with almost all religious ceremonies the world over, each little action in the ceremony actually has a deep symbolic meaning.

Anyone who has been in Korea during Seolnal, a festival celebrating the first full moon of the lunar year (typically in January or February), will have noticed that Koreans offer prayers to the moon. In times gone by, they would even write their hopes and wishes on kites and fly these in front of the moon, hoping that the proximity of their prayers to the object of their prayers would increase the chances of these wishes coming true.

But jesa offers an even deeper glance into now-ancient Korean belief systems, which entail not only moon-worship, but also spirit veneration. Here, attendees actively implore their dead relatives to use their otherworldly powers to bring good fortune to the living.

The first stage of the ceremony typically involves evoking the spirit of the deceased, imploring them to join the feast.

The leader of the ceremony typically not only asks for the spirit’s participation, but also explains who is attempting to summon them to the event, and informs them that the food laid out on the table is for them to enjoy.

An action you will probably only ever see at a jesa sees the leader insert of a pair of chopsticks into the center of a bowl of rice. It is considered taboo to stick one’s chopsticks vertically into food in Korea unless at a jesa, as this gesture is reserved for food offered to the spirits of the dead.

The action centers on a low table, a sort of makeshift altar. A large portrait photograph of the deceased is usually placed at the center of this table, flanked by memorial candles. Assorted fruit, meat, fish and rice cakes are also placed on the altar, alongside a piece of paper with the deceased’s name written upon it in ornate Chinese characters.

Although rooted in Korea's prehistoric shamanistic beginnings, major religions have exercised subtle influences on the jesa ceremony. Namely, principles of Taoism can be felt in the complicated arrangement of the food on the altar. For example, red fruit (like apples) should be placed on the east side, as this color represents the east in Korean Taoist thinking, with white fruit (like Asian pears) on the opposite, west side.

The aforementioned paper plays a vital role in proceedings. At the end of the ceremony, it is burned, a symbol that it is time for the spirit to depart.

Jesa rituals are not without their modern detractors. Atheists and agnostics look upon these ceremonies as dated and laden with superstition, while many Protestants think of them as idolatrous. However, to dismiss jesa as mere humbug is to miss the bigger picture. Ancestor worship is a key part of Korean culture. Generations of farmers laid their relatives to rest on hillocks overlooking their arable land in the hope that the spirits would help grant them a good harvest – evidence of this can be seen all over the country to this day.

And it would be wrong to think of Koreans as the only group of people in the world to practice such traditions. The ancient Roman poet Ovid described a rite called parentalia, which involved the offering of wine and wheat – the European staple and equivalent of rice – to the spirits of one’s relatives.

Talmudic Jewish tradition also includes an annual death-day ritual reminiscent of jesa. Called yahrzeit (literally “recalling the dead”), this ceremony is typically performed by people remembering a deceased parent. Like jesa, the ritual lighting of memorial candles makes up an important part of yahrzeit. In contrast to the Korean ceremony, though, Jewish participants are actually required to refrain from drinking alcohol and eating meat on this day.

Regardless of your view on jesa ceremonies, it is hard to deny that they provide relatives with a precious chance to remember deceased relatives and get together as a family – two things not everybody has a chance to do regularly in the hubbub of busy modern Korea.