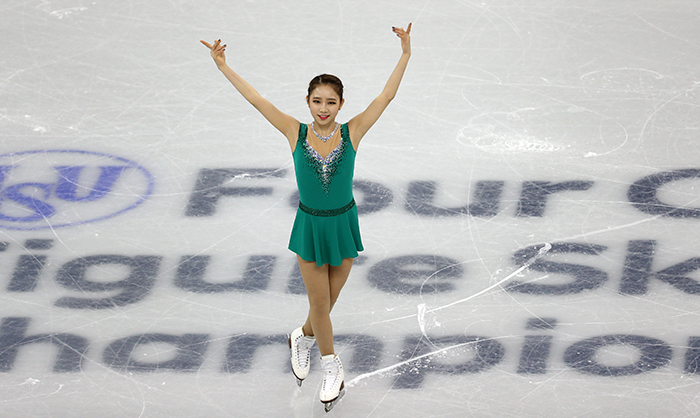 The list of 10 teams, including Korea, that will participate in the PyeongChang 2018 Olympic Winter Games figure skating team event is finalized on Jan. 12. The photo above shows Choi Dabin as she salutes the audience after finishing her short program at the ISU Four Continents Championships 2016, in Gangneung, Gangwon-do Province, on Feb. 16, 2017. (Korea.net DB)

The 10 countries to compete in the figure skating team event at the PyeongChang 2018 Olympic Winter Games have been decided.

The PyeongChang Organizing committee announced on Jan. 12 that the International Skating Union (ISU) announced the 10 nations that will compete in the figure skating team event in Pyeongchang. The 10 countries are: Canada, Russia, the U.S., Japan, China, Italy, France, Germany, Israel and Korea.

According to the organizing committee, more than 90 percent of the tickets for the men and ladies single figure skating events and for the gala exhibition have been sold out since Jan. 12, but that there are still some tickets available for the team events, pairs and ice dance events.