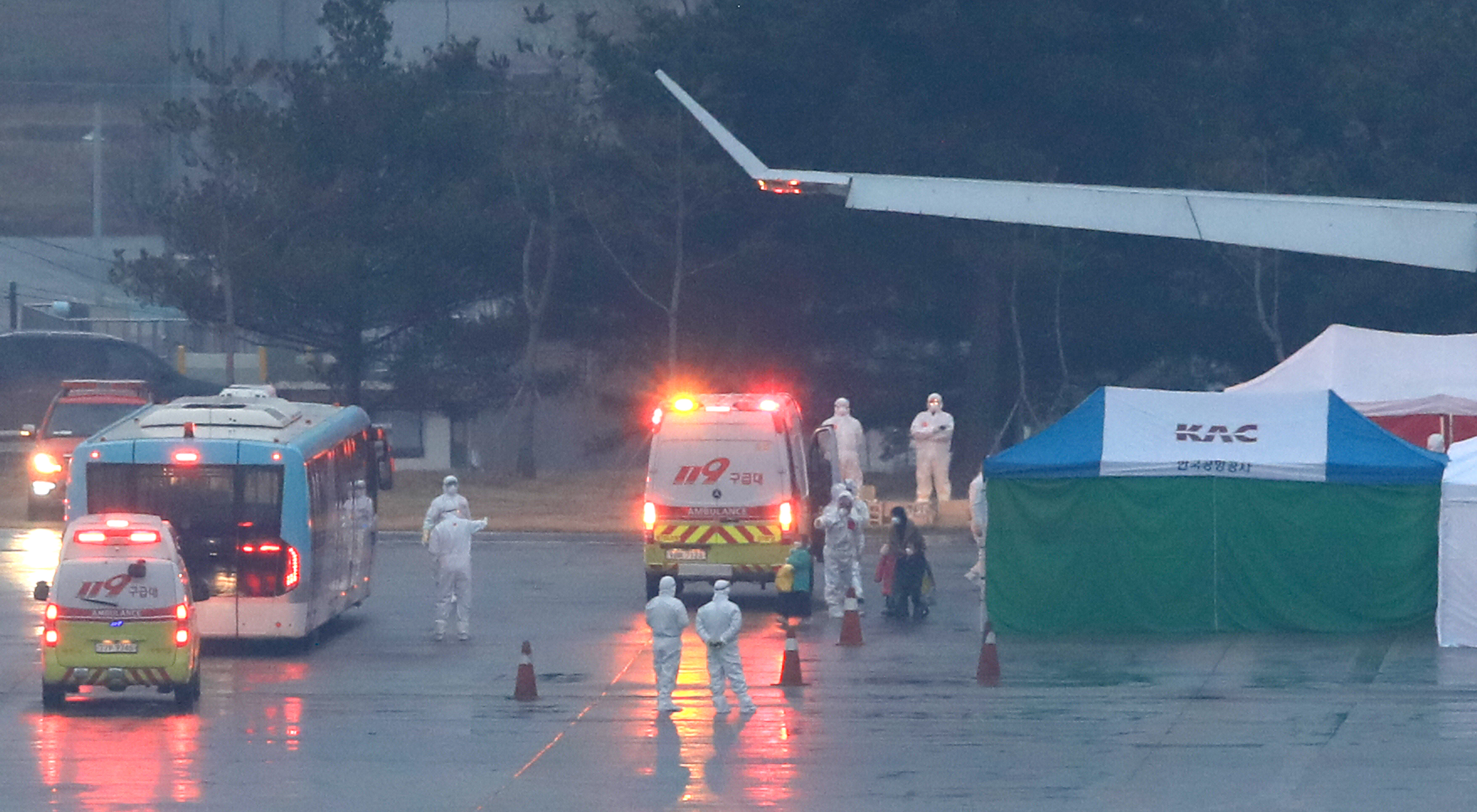 A chartered plane on Feb. 12 arrives from Wuhan, China, at Gimpo International Airport with ambulances on standby in case of emergency. (Yonhap News)

Korea's third evacuation flight from the coronavirus-hit Chinese city of Wuhan on Feb. 12 arrived in Seoul at Gimpo International Airport carrying 147 Koreans and their Chinese relatives.

For the first and second evacuation flights, the Chinese government did not permit Chinese relatives of Korean evacuees to board the planes, but this policy was amended on Feb. 5, thus Chinese were allowed on the third flight. Of the 147 who arrived, around 60 were reportedly Chinese nationals.

Upon arrival, the passengers were checked for signs of fever and respiratory symptoms at temporary quarantine tents set up on the runway. Those showing symptoms were sent to the National Medical Center for additional medical checks, while the rest were transported to a temporary shelter in the Seoul suburb of Ichon, Gyeonggi-do Province, to remain quarantined for the next two weeks.

Meanwhile, the Korean government announced on Feb. 11 the implementation of strict quarantine screenings to those entering from Hong Kong and Macao, designating the two cities as contaminated zones as of midnight Feb. 12.

The Central Epidemic Control Countermeasure Headquarters under the Korean Centers for Disease Control said the precautionary measure was in response to the World Health Organization's statistics released on Feb. 10 showing 36 patients and one death in Hong Kong and 10 patients in Macao.