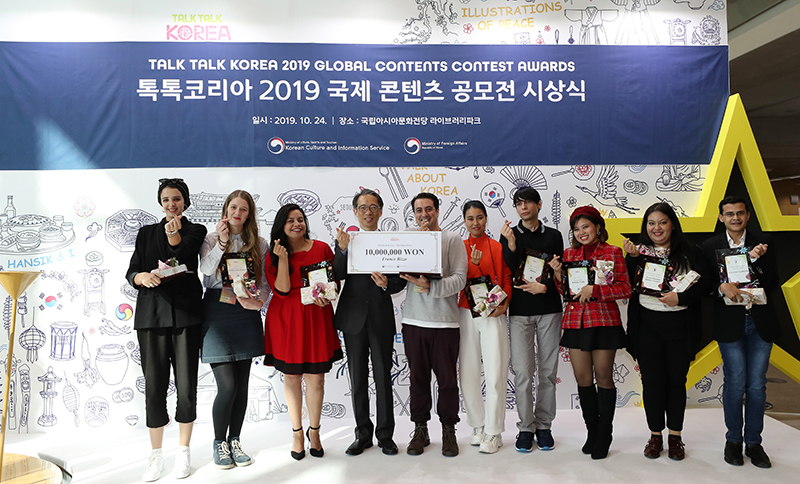 The awards ceremony of the international Korea-related content competition "Talk Talk Korea 2019" on Oct. 24 was hosted by the Korean Culture and Information Service (KOCIS) at the Asia Culture Center in Gwangju.

KOCIS Director Kim Tae-hoon said, "The level of content is beyond that of amateurs and reaches professional grade," adding, "These award-winning works will get global attention through the ASEAN (Association of Southeast Asian Nations)-Republic of Korea Cultural Tourism Forum, which will be held at the same place."

"KOCIS will strive to publicize Korea overseas and share the value of Korean culture with the world." 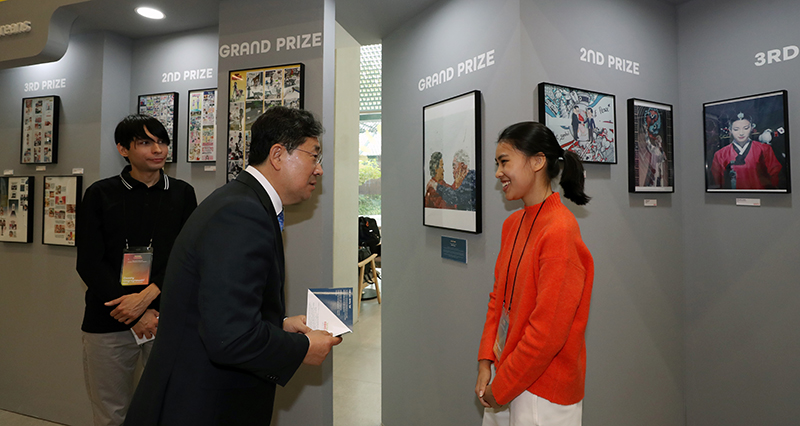 Minister of Culture, Sports and Tourism Park Yang-woo (center) on Oct. 24 listens to an explanation from Marjolaine Dinh from France, who displayed the reunion of two relatives separated during the Korean War with the word "peace" in her award-winning illustration.

The winner of the category "Recommended Korean Songs," Marlen Larez of group Sotto Voce from Venezuela, said she entered the contest because of her love for Korean music and culture. Having played music for more than ten years, she also strummed on her violin the classic Korean folk song "Arirang" to pay tribute to Korean culture.

Arishay from Poland, who expressed Korean people and culture through the conversation of pets in the "Webtoon on Koreans" category, said, "I wanted to show how amazing Korean people are through webtoons," adding, "I also want my work to be made into a soap opera in Korea."

An exhibition displaying the competition's 177 award-winning works will run through Oct. 31 at Library Park of the Asia Culture Center. More information is available on the Talk Talk website (http://www.korea.net/TalkTalkKorea/English) and the Korean government's internet portal www.korea.net. 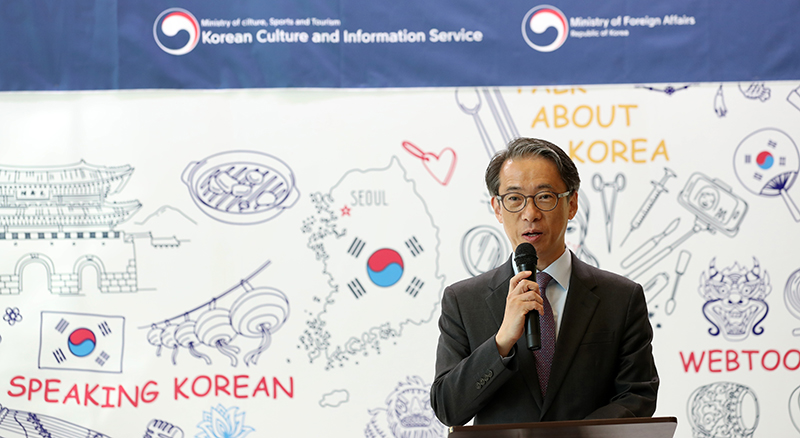 KOCIS Director Kim Tae-hoon on Oct. 24 says his agency will publicize Korea overseas and share the value of Korean culture with the world at the awards ceremony of the international Korean-related content competition "Talk Talk Korea 2019" at Gwangju's Asia Culture Center.