President Moon pledges support for people in culture and arts 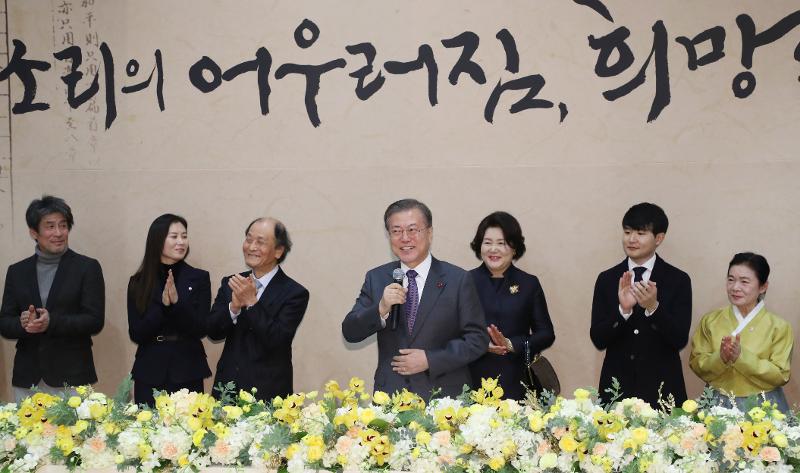 President Moon Jae-in on Jan. 8 speaks at a new year's meeting with people in culture and the arts at Seoul Arts Center.

By Xu Aiying and Kim Minji

President Moon Jae-in on Jan. 8 pledged support for the welfare and cultural activities of people in culture and the arts at a new year's meeting with them at Seoul Arts Center.

He also congratulated director Bong Joon-ho's "Parasite" for winning the Golden Globe for best foreign-language film, calling the award "a splendid accomplishment that shows the power of 100 years of Korean film."

"Our culture and arts bring honor to Korea and make a proud country," the president added, saying K-dramas like "Descendants of the Sun" and Hallyu stars like the K-pop super group BTS are among the main topics of conversation at his summits with foreign leaders.

"When going abroad or holding talks with foreign leaders, I feel very proud," he said, adding, "Cultural freedom will be ensured as much as possible and people in culture and the arts will receive assistance to secure their livelihoods and have their welfare guaranteed to the maximum level." 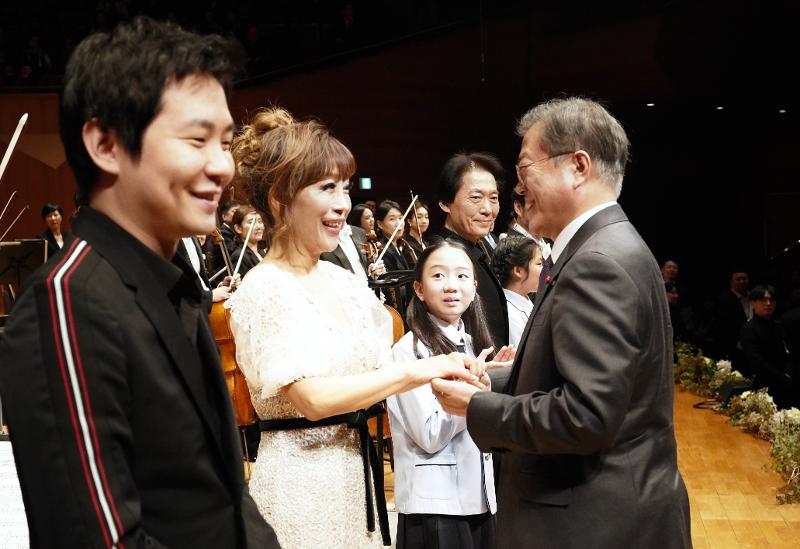 President Moon Jae-in on Jan. 8 greets performers including soprano Jo Su-mi at a new year's concert for people in culture and the arts at Seoul Arts Center.

About 430 people attended the concert including figures from politics, business, diplomacy, and cultural and the arts. And to mark the 70th anniversary of the outbreak of the Korean War, the 50th of the April 19 Revolution and the 40th of the May 18 Gwangju Democratization Movement, the event was attended by artists with disabilities and multicultural families.